A Sense of Humor

Tim had trouble getting his tie tied correctly tonight for church.

When he drove us to Roanoke, VA on Sunday afternoon, I was never so glad to get somewhere!  I told him that if any police had seen him driving, they would have pulled him over for drunk driving.  He realized it was that bad, so he let me drive the rest of the trip and anywhere we go since we have been home.

He cannot hold things together (like a sandwich) or level (like a glass of tea) in his left hand.  The sandwich falls apart and he spills the tea.

He cannot think of certain words, like tonight he was illustrating using really ripe bananas to make "banana cake, is it?"  I told him it was banana bread and he said, oh, that's right.

And, even with the steroid, his typing is not that much better.

He had no strength in his left hand to fire off 50 rounds of ammo when the guys went to the shooting range last Saturday.  He switched to his right hand and said it felt more natural with his right hand than his left.

Sunday he forgot about the offering.  Tonight (at prayer meeting) he forgot to pray and went right into the lesson after singing.

These are just a few of the difficulties he is having since the bleeding is near a motor control center on the right side of his brain.  But, praise the Lord, his preaching is spot on when it comes to facts and doctrine.  I pray all the time that the Lord will give him clarity with his studies and while he is preaching/teaching.  I pray he is able to get the message across to us.

But, even with the problems (and I am sure he gets aggravated at times) he has a sense of humor about the messes he makes or the blunders he makes.  And, he has kept his sense of humor in general.  Like today, we needed to run more errands, so we decided while out that we would use a coupon to get 2 loaded Italian subs at Arby's for $6.  He said, "I wish I knew a loaded Italian!  I would tell the cashier I'm not paying, my loaded Italian friend is buying!"  LOL!

I need to start writing his comments down so I don't forget them, because he had me laughing at his silly comments all weekend!

Lord, thank You for making this man all mine!  I was pretty stupid 46 years ago at one point when I thought I wanted to date someone else!  I am soooooo thankful You opened my eyes to how special Tim is and that You wanted him to be mine!  I've been blessed above and beyond what I deserve all of these years!  We will celebrate 41 years of marriage in about a week and a half and I just want to thank You for every day I get to spend with Tim!  Amen!

While running errands today, I also got more bird seed and more suet cakes and one for woodpeckers.  Here are some photos from today: 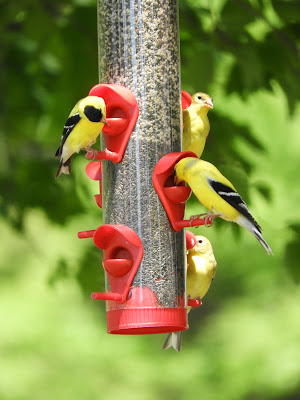 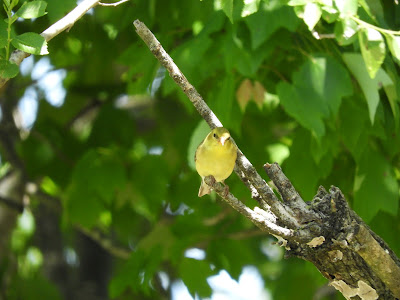 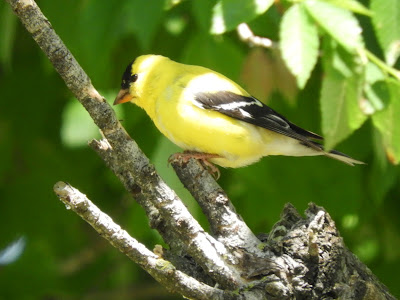 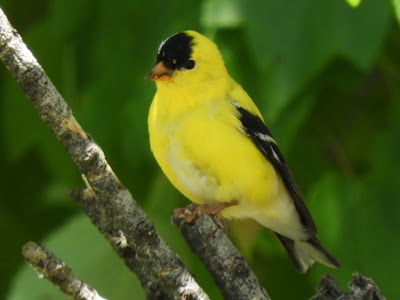 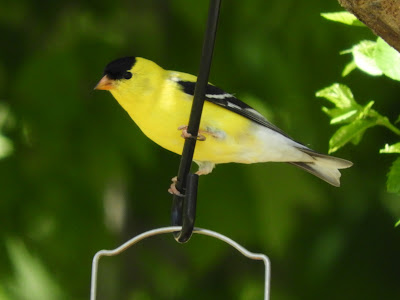 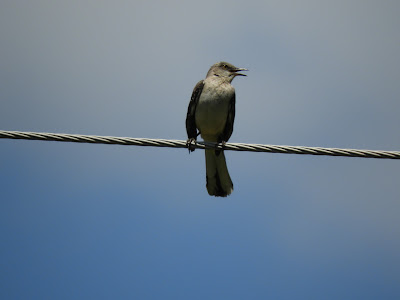 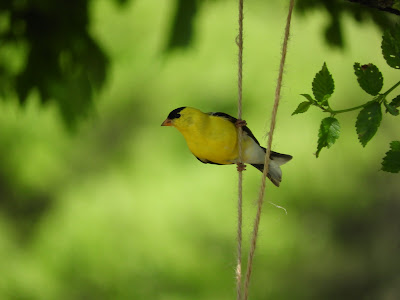 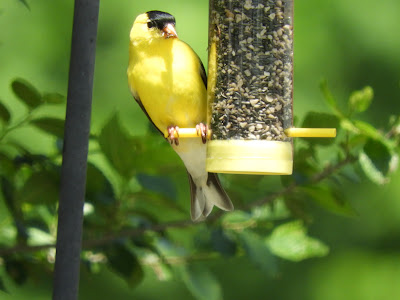 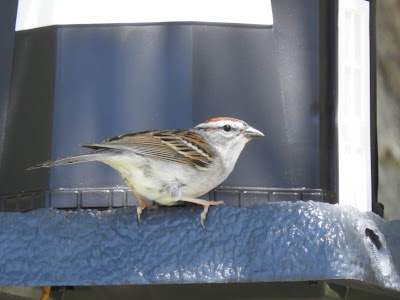 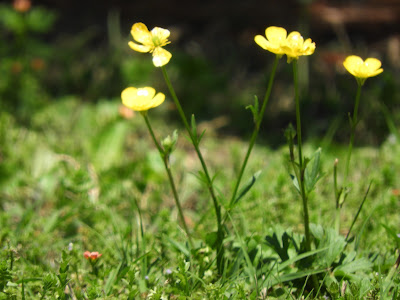 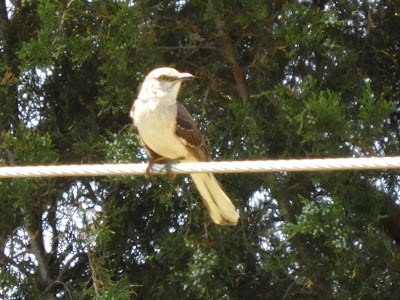 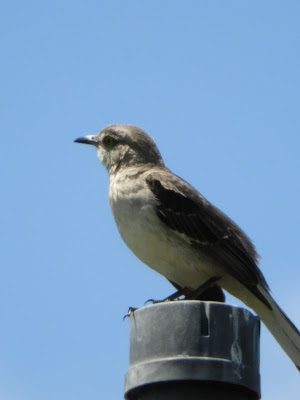 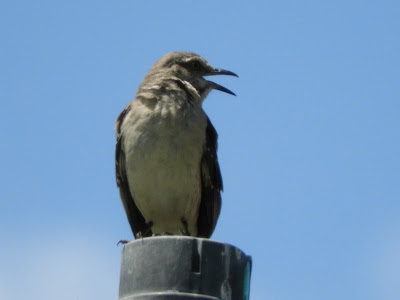 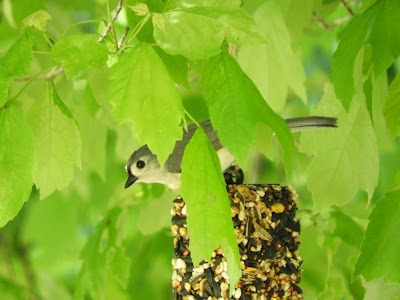 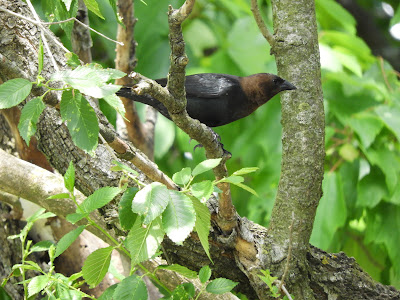 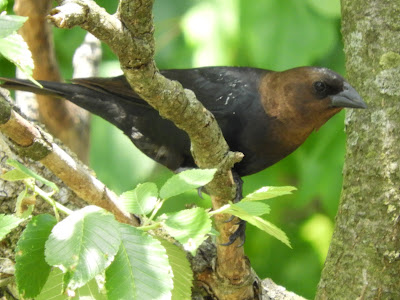 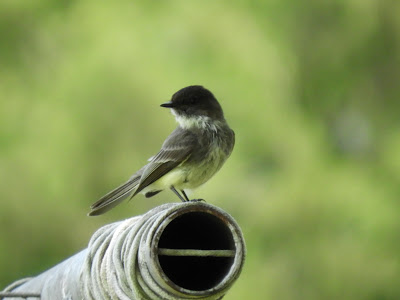 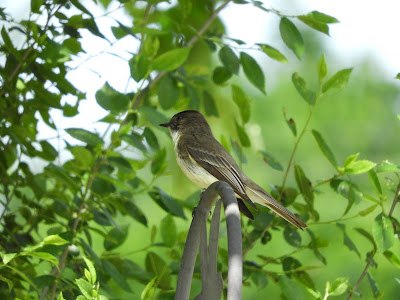 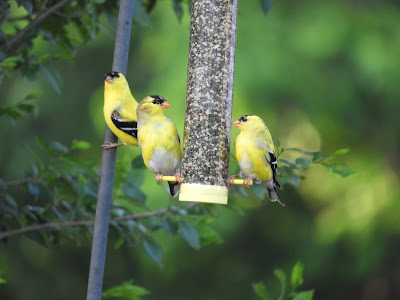 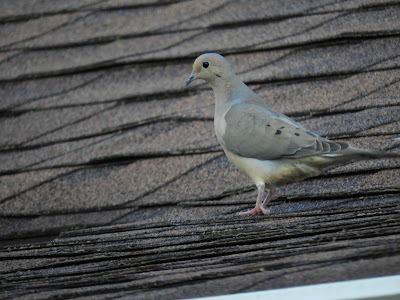 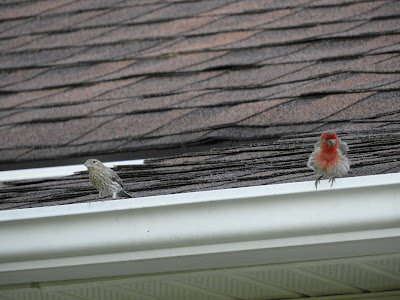 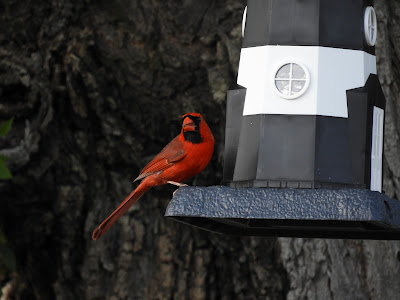 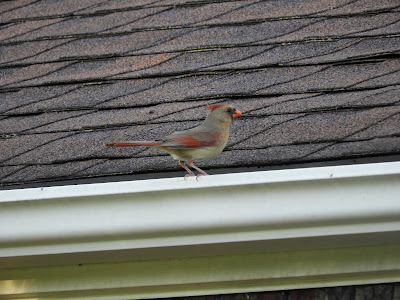 Poor Tim! I had temporary issues with memory loss and trouble finding words with my concussion, but not any issues with driving or holding sandwiches. I'm so glad he can crack jokes and be light hearted. He is awesome. I pray this brain bleed stops so soon! Goodness, it feels like it's been going on quite a while and I'm just reading about it, not living it. We will continue to pray for him. <3

P.S. That is one magnificent spider web. :-)